So with the end of the year approaching with all the merry things that it brings. Exams, deadlines, stress, panic attacks etc... With all this to distract it is hard to find the time to sit down and paint. Well, I managed to get a few things done.

First of all with December comes the annual painting competition which the local game store holds every year. Since I was already on a painting roll I decided to paint something different than more elves for the single miniature fantasy category. So I rummaged around my lead pile (actually, it is more of a plastic and I guess, tin alloy pile. But lead pile is used here for historical purposes). After a short while I decided to repaint an oldish goodie, the Harry the hammer miniature GW relesed a couple of years ago. I decided against painting up his base since frankly, it is a piece of tin alloy big enough to kill someone and mainly I am lazy. So he got a small base instead. Sometime in the future I might paint his base, just as I might finish all the miniatures I have (HA! Fat chance!). 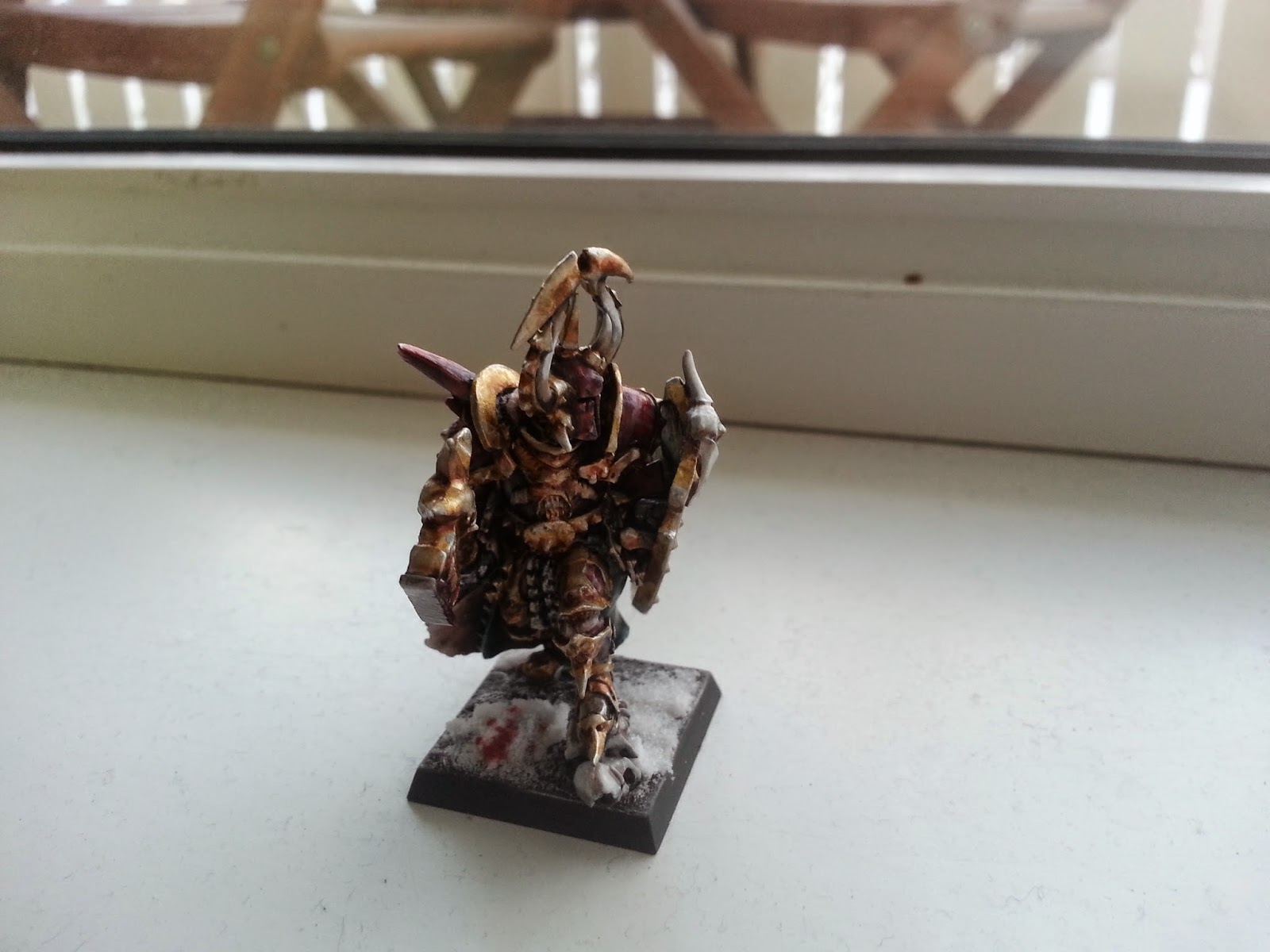 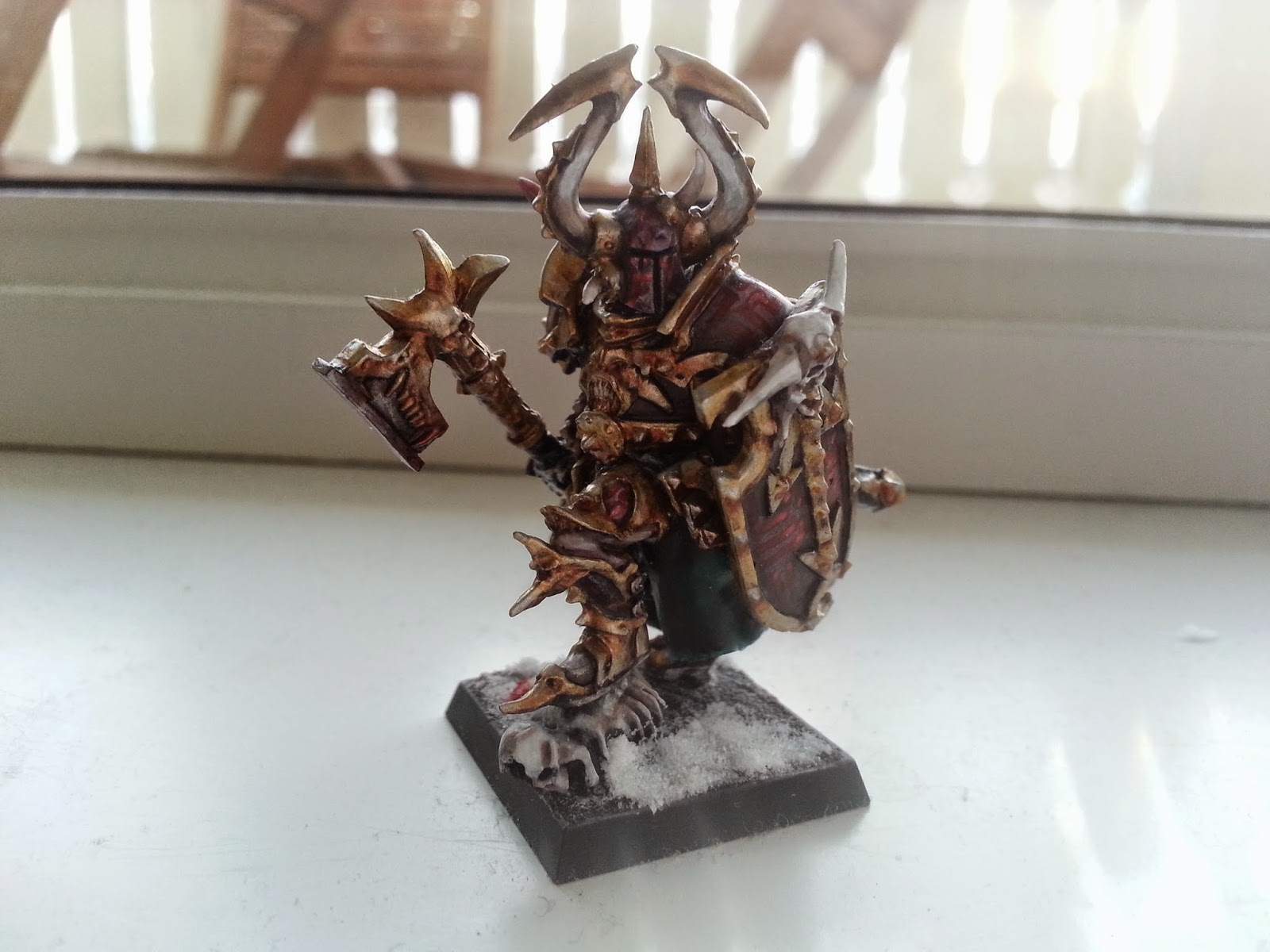 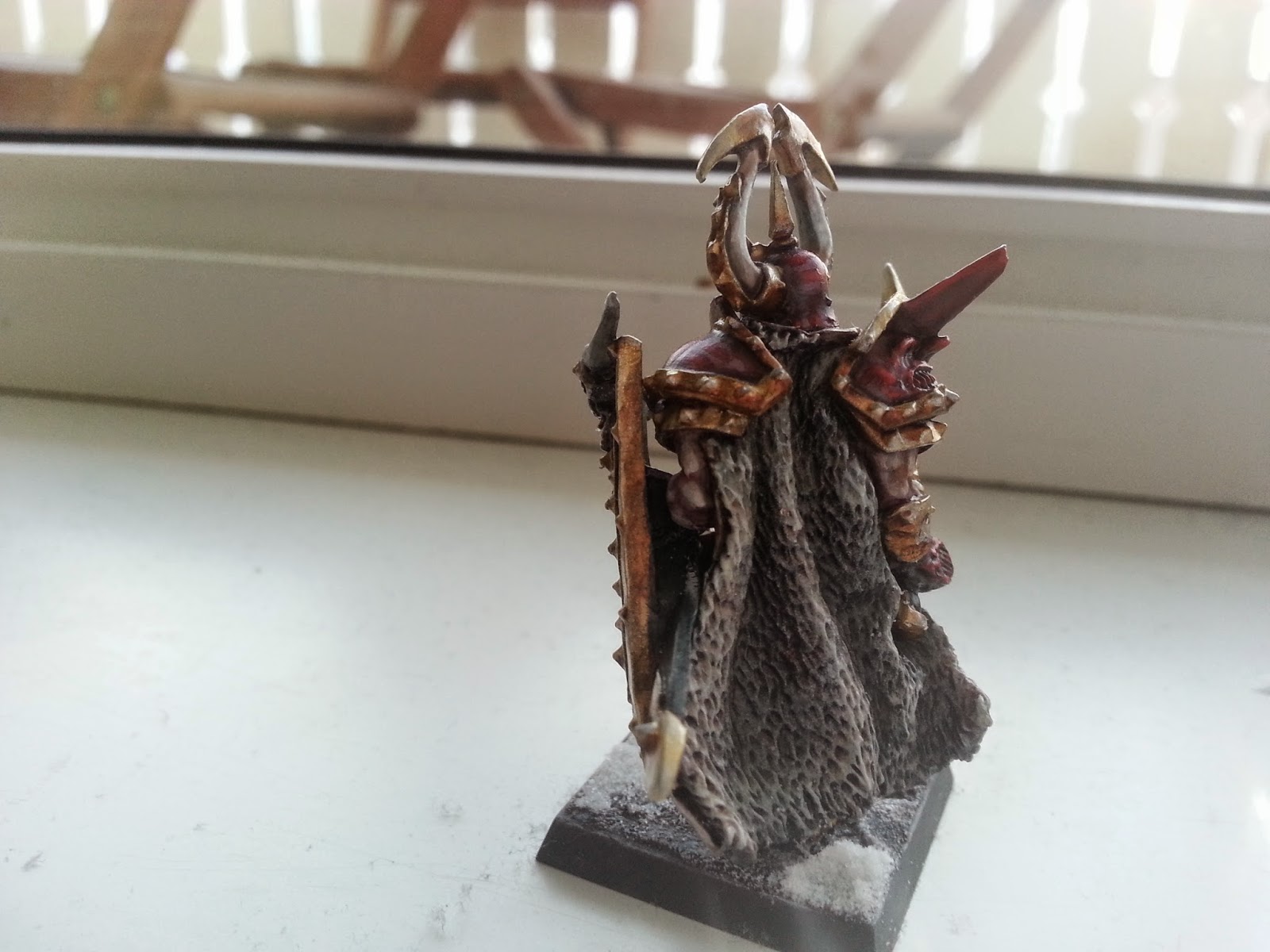 The thought was initially to try and paint him a bit different than the elves I am currently working on, but as you can see he became red and golden also. So much for changing it up.

Anyway back to the important stuff, in order to not get entirely swamped in stuff to paint in January I painted up the Dark riders I had lying around. 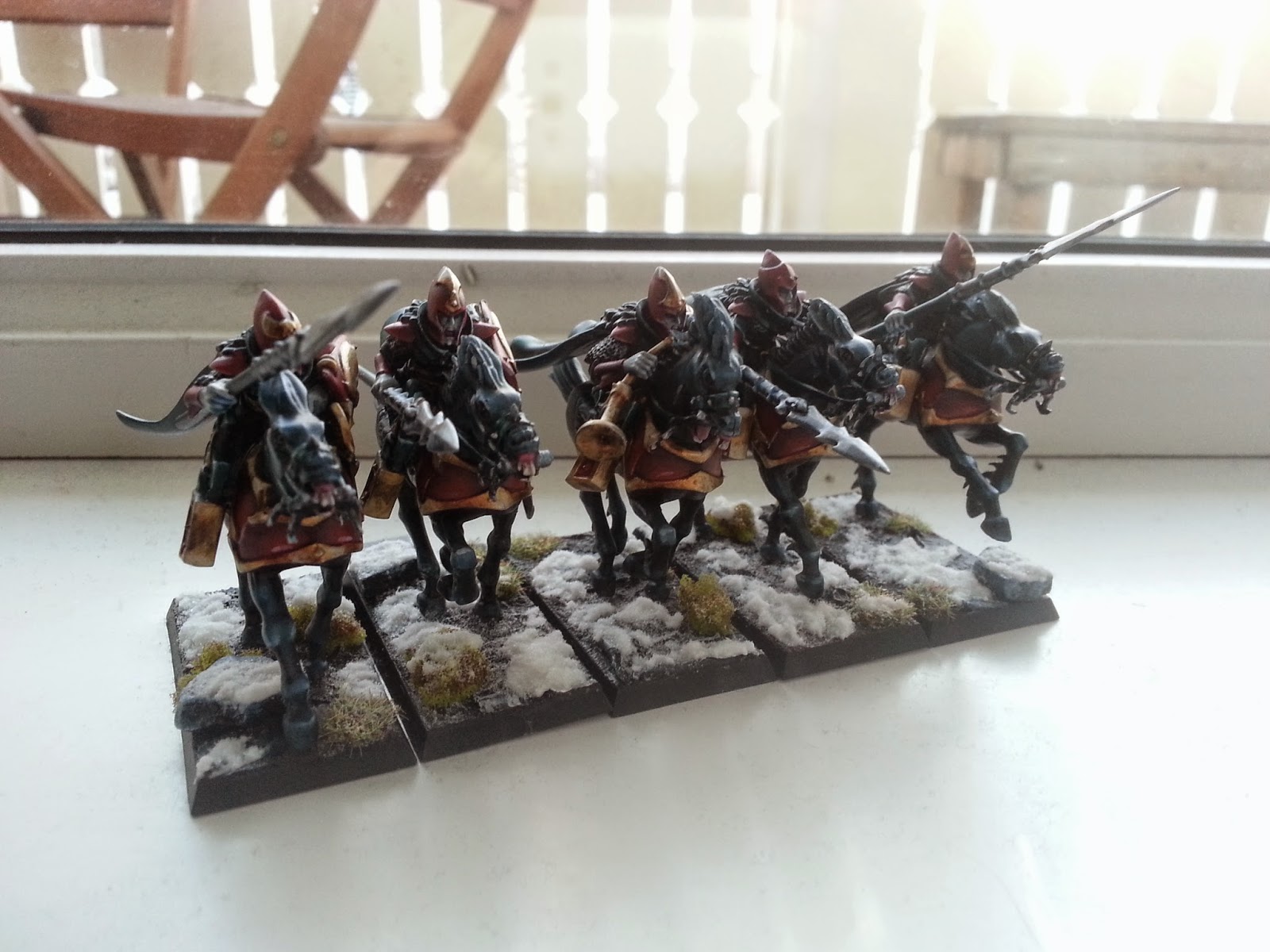 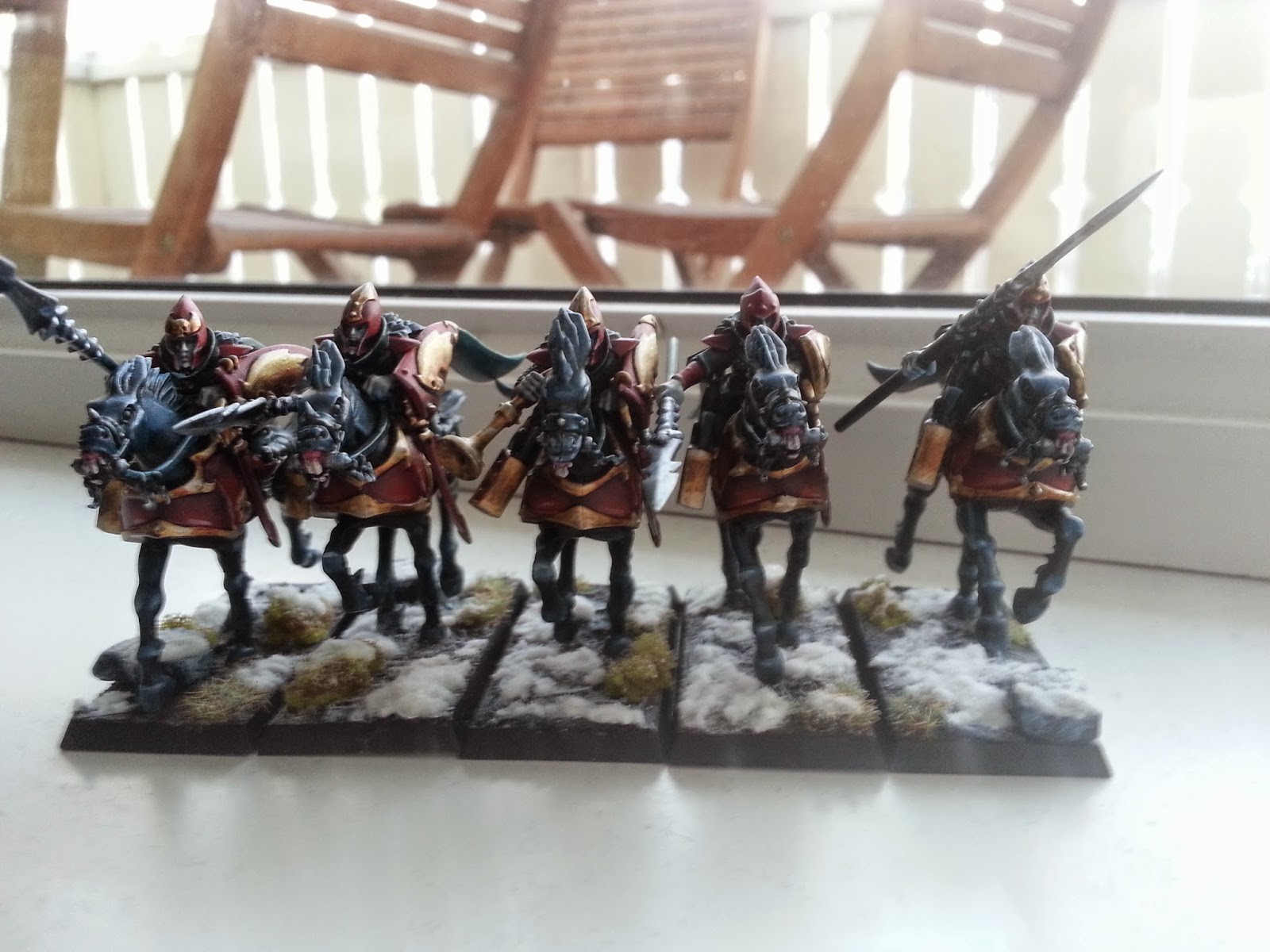 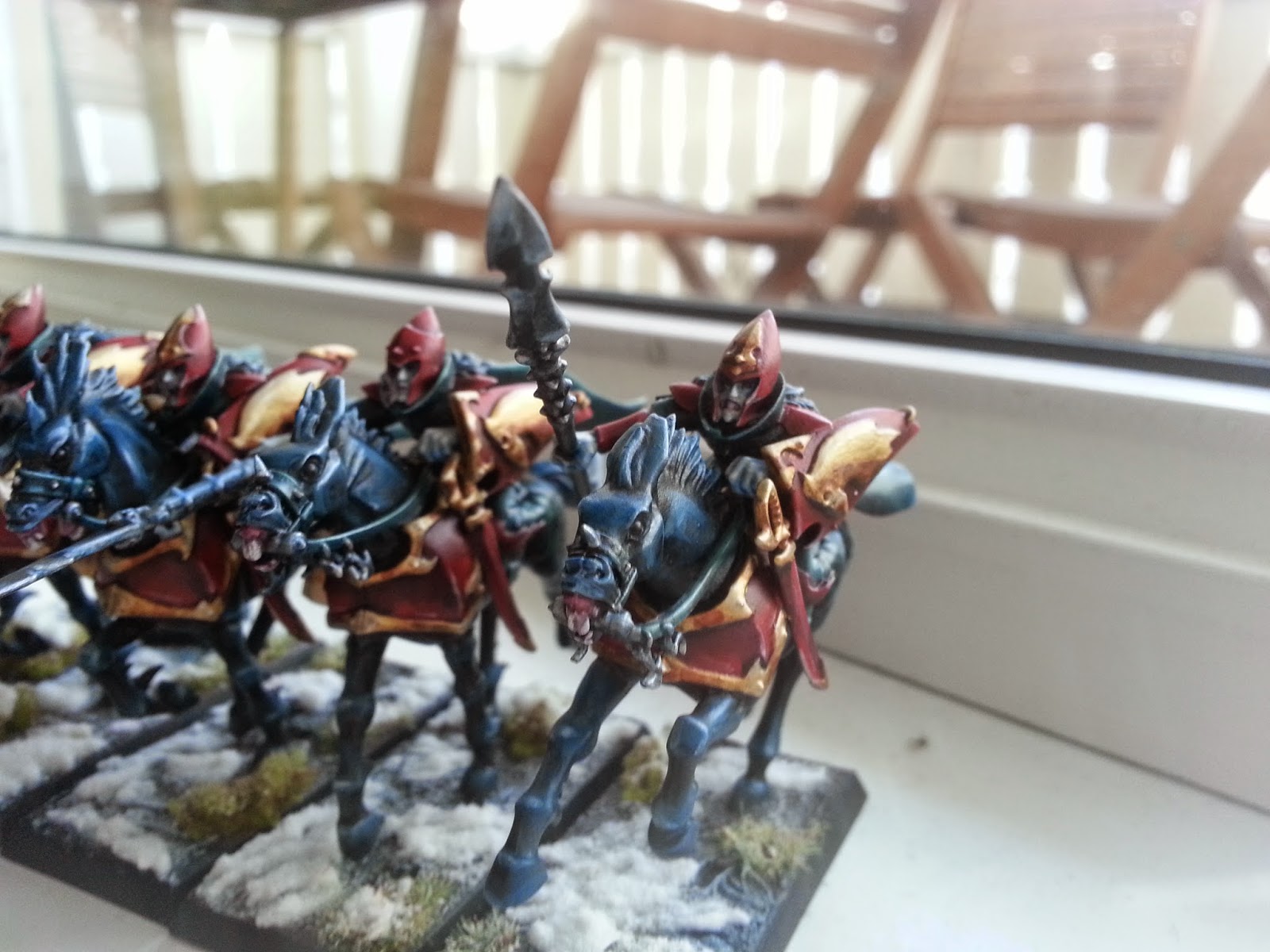 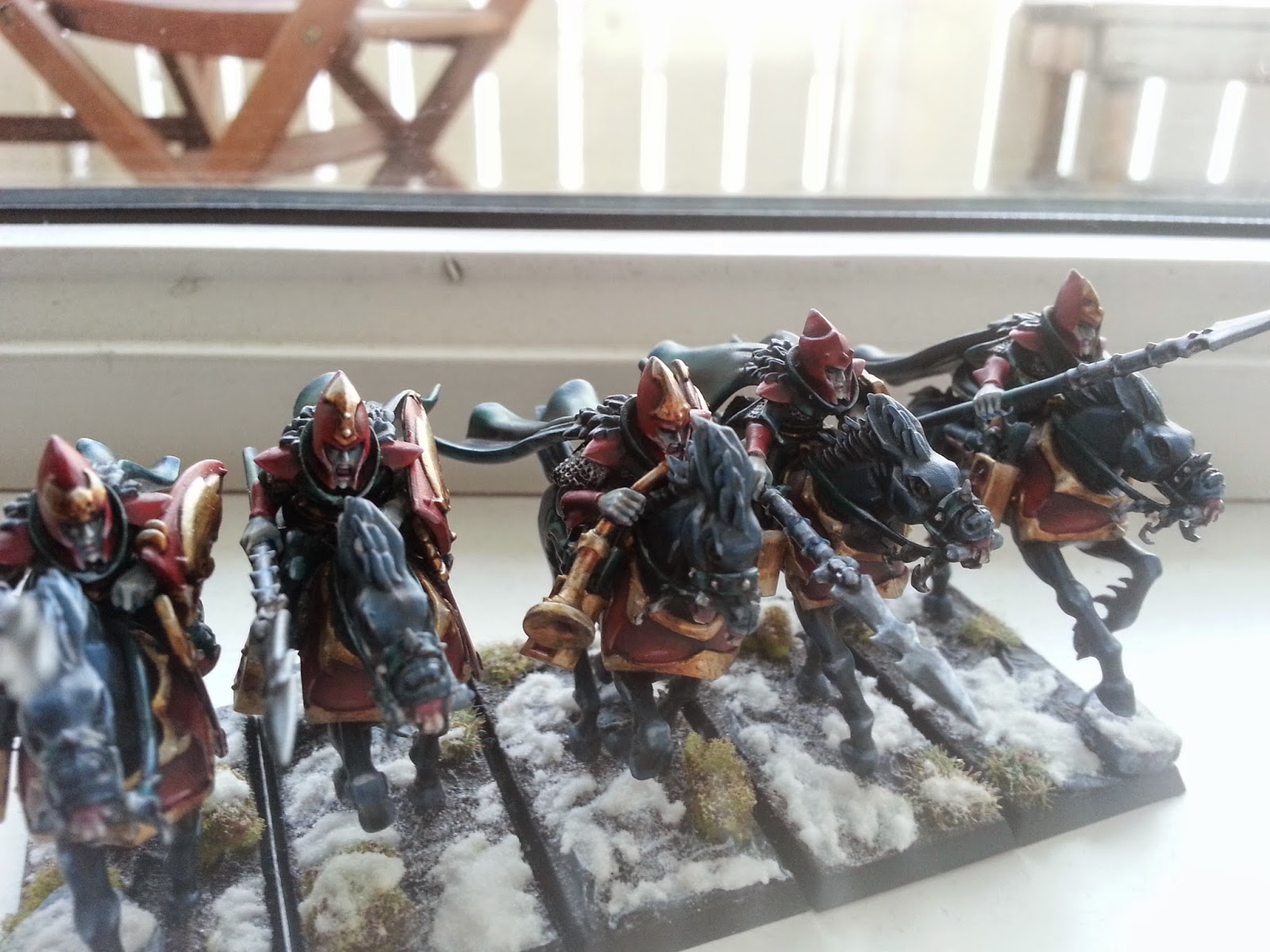 Same paint scheme, same basing, nothing fancy. As usual with these new models, I like them a lot. But if you paint them separately, I painted the rider minus the legs in one piece and the horse as the other (the legs are attached to the horse and the rider is split at the waist). I advice to better check if they go together as the quivers and scabbards can be a bit fiddly to get along with the spears and shields. Otherwise you might have to do like me and break of a few arms and reattach them.

Thats all from me for this year, next year I have quite a few points to paint in one month and to make matters worse I have a lot of boring real life stuff to take care of in early January so I might be a bit short on time. Ahh well, worst case scenario I paint a dragon and some dark riders or knights...